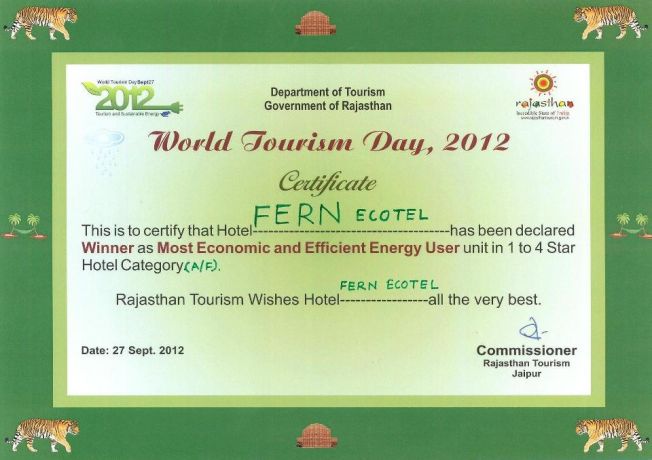 As part of its contribution to Sustainable Tourism, Rajasthan Tourism celebrated World Tourism Day 2012 on September 27 with the theme of Tourism & Sustainable Energy: Powering Sustainable Development.

The Fern Hotel, Jaipur has been awarded the first prize for “Most Economic and Efficient Energy User” unit in 1 to 4 star Hotel Category (A/F). The award was presented by Mr. Rakesh Srivastava, Commissioner and Principal Secretary Tourism, Department of Tourism, Govt. of Rajasthan.

The Fern Hotel Jaipur is a hi-end luxury property with 4 stars but is still involved in educating travelers about going green while traveling. Reduction of energy use, conservation of water and solid waste management are the investment initiatives that ensure high returns as well as help them in sustaining planet Earth.

Rajasthan Tourism Buzz congratulates The Fern Hotel Jaipur and wishes them all the best for their business with a great message to the world. 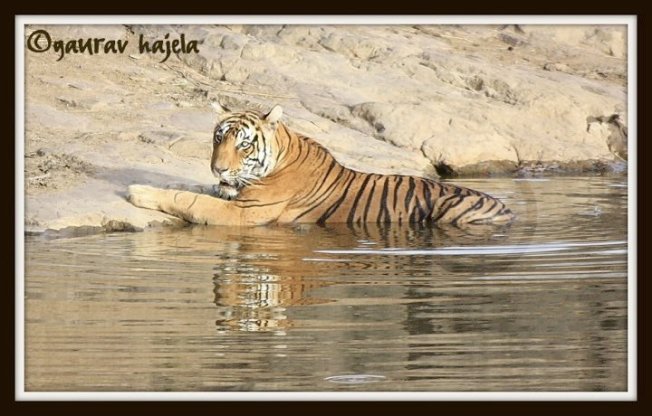 Tiger tourism ban in core areas to stay until next court hearing on Oct 3rd. However in all probabilities the parks are opening post the final hearing in October.

The tourism sector in Rajasthan is eagerly waiting for Supreme Court’s hearing on the interim ban on tourism in the core areas of Tiger tourism across the country.  The final verdict would decide whether the travel and tourism companies can do bookings for the already arrived tourism season in the state.

We are looking forward to Supreme Court’s orders to lift the ban and let enthusiastic travelers from across the world enjoy the sight of great Bengal tigers and jungle safaris in Ranthambore National Park and Sariska! 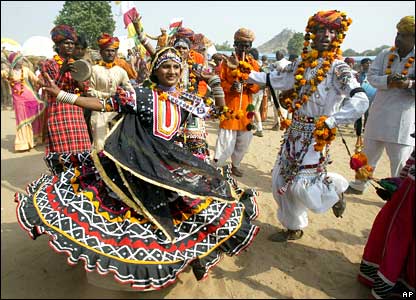 Prettily situated amid the craggy and jagged rocks, Alwar in the Aravalli region presents a beautiful mix of different traditions. Alwar, a city of majestic monuments and panoramic destinations captivates the tourist with its alluring appeal. This small town, imbibed in the rich cultural heritage provides a great time of good holidaying. Naturally adorned with pretty water bodies and abundant wild life this has always been listed as one of the prominent locations in the tourist’s itineraries. 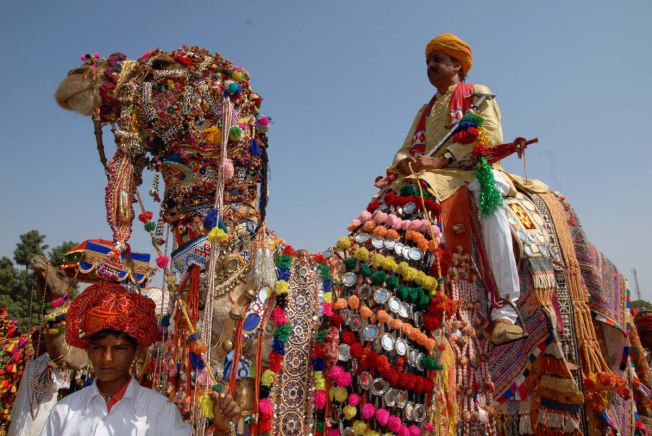 The Matsya Festival is one of the important festivals of Alwar City of Rajasthan State which is scheduled for October 22 and 23, 2012. This festival proves the prosperity of cultural and traditional values and believes. This popular festival is known for its cultural and social heritage, fairs and colorful customs. To experience the real values of the festival varieties of exhibitions, competitions, sports, folk music, songs and dances are performed during the festival. 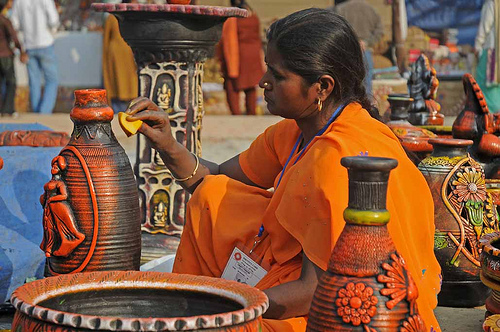 The festival is celebrated for two days with utmost fun and enthusiasm. People from all over the Rajasthan as well as outside come to attend this unique festival in Alwar.

The entire tourism industry in India and countries across the world celebrate the World Tourism Day, which is on September 27 each year. The day aims to foster awareness among the international community of the importance of tourism and its social, cultural, political and economic values.

In Rajasthan, different types of competitions, such as photo competitions promoting tourism, as well as tourism award presentations in areas such as ecotourism, are held on World Tourism Day. Other activities include free entries, discounts or special offers for the general public to any site of tourism interest to promote World Tourism Day on or around September 27.

Many tourism enterprises and organizations, as well as government agencies with a special interest in tourism, celebrate the event with various special events and festivities.

This year, on the occasion of World Tourism Day, the Government monuments like Amber Mahal, Mehrangarh Museum etc will be open free of entry fees for all the tourists in Rajasthan. 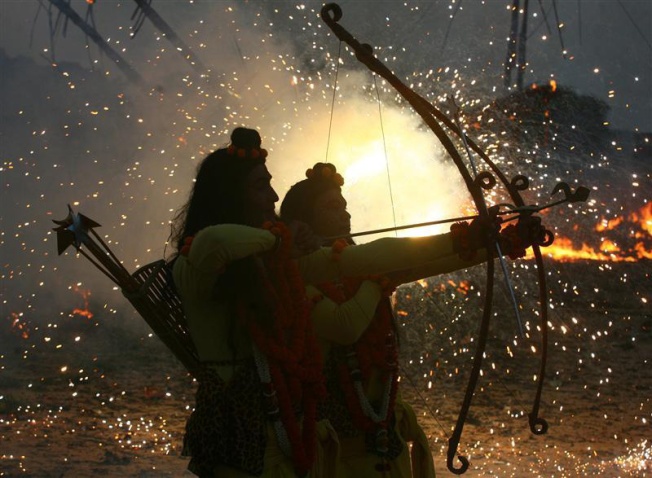 Dussehra Festival is very popular and famous festival of Rajasthan. It is  one of the biggest festivals celebrated in most parts of India. This festival is specially celebrated in Kota with much enthusiasm and galore. This year, the fair would fall from October22- 24, 2012.

More than 70 feet tall effigies of the demons Ravana, Kumbhakarana and the Meghnad are burnt on Dussehra day to symbolize the victory of good over evil. Arrows of fire are shot at these effigies, which are stuffed with firecrackers. The result is a deafening blast, and an explosion of sound and light enhanced by the shouts of merriment and triumph of the spectators.  The festival is celebrated all over the country but the Kota Dussehra is quite unique for it marks more than just the beginning of a festive period. 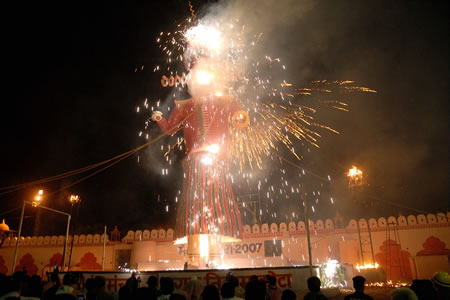 Villagers gather here dressed in multicolored clothes to offer prayers to Lord Rama and to celebrate his victory over Ravana. Rich in courtly splendor and age-old traditions, the Dussehra festival here is marked by a glittering procession, which attracts thousands from the surrounding villages. Like all festivals in Rajasthan, it provides a good opportunity to the traders to display their attractive wares to the rural and urban buyers as well as attract foreign tourists to drink in the charm of this festive city.

Prominent artists from all over the country are invited to participate in cultural programs that enthrall the huge audience with their performances.

Fairs are usually held on this occasion with lots to eat, buy and enjoy. 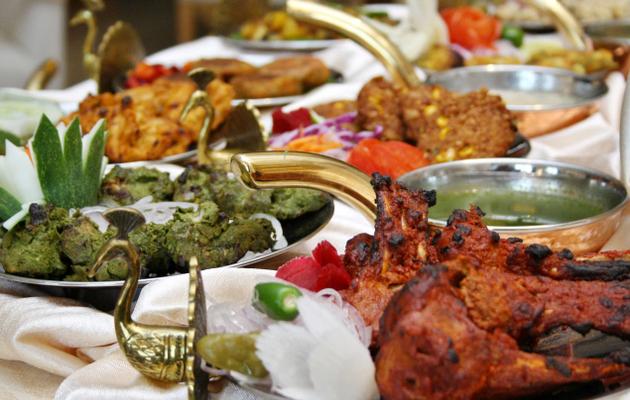 It isn’t often when one sees deep, ethnic Indian food at a starred hotel that does justice to the cuisine in question. The Awadhi food festival at ITC Rajputana Jaipur is one such where you’ll find a balanced selection of vegetarian and non-vegetarian dishes on offer that are guaranteed to bring back memories (if any) of your last trip to Lucknow or perhaps compel you to visit the city that hosts this rich, aromatic and complex cuisine. 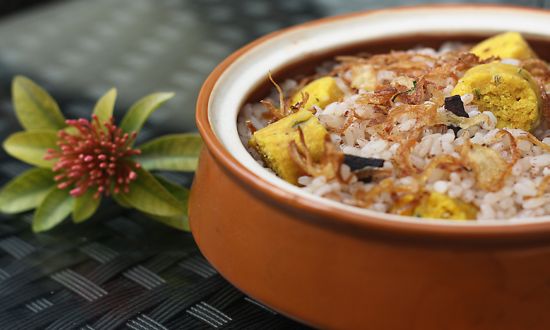 Start with a Paya shorba or Badaam ka shorba if you’re a vegetarian. You’ll find both to be full of flavor and quite satisfying. It may even be an idea to eat the kebabs and shorbas together. Try the  Kebabs, a fried patty of yogurt and reduced milk with a soft and slightly gummy texture and a mild sour undertone that’ll go superbly with your shorba. Indulge in Quorma, Qaliyan, Salan and the dishes which would literally melt in the mouth and we’re not saying that lightly. 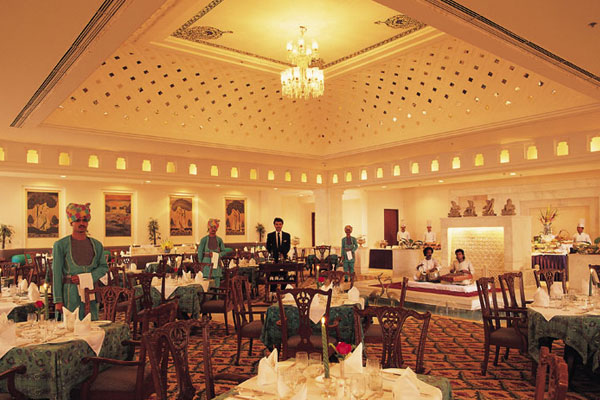 The Awadhi Food festival is on till September30, 2012 at ITC Rajputana, Jaipur.

Save yourself a trip to Lucknow and visit ITC Rajputana for the festival. 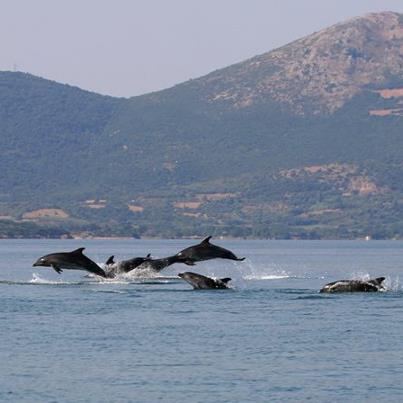 Shortage of water may have reached crisis proportions in Rajasthan, but it has not stopped Dolphins from making this desert state their home.

The first ever census of Gangetic dolphin- since it was declared the national aquatic animal of India – is about to start in Rajasthan. As ironic as it seems, this breed of dolphin thrives in desert state, the waters of Chambal providing home to almost one third of the species in country.

The WWF-India will conduct a census from October05-07, 2012 to estimate a “minimum population status” of the dolphins in the stretch of Ganga in Rajasthan, UP and MP. The census will begin at National Gharial Chambal Sanctuary- Dholpur on October05.

The survey could be a different and unique activity for the tourists and visitors to watch in Rajasthan. The beautiful sight of dolphins along with the other species like migratory birds, gharials, turtles and different water bodies would be an altogether interesting experience in Dholpur state of Rajasthan. 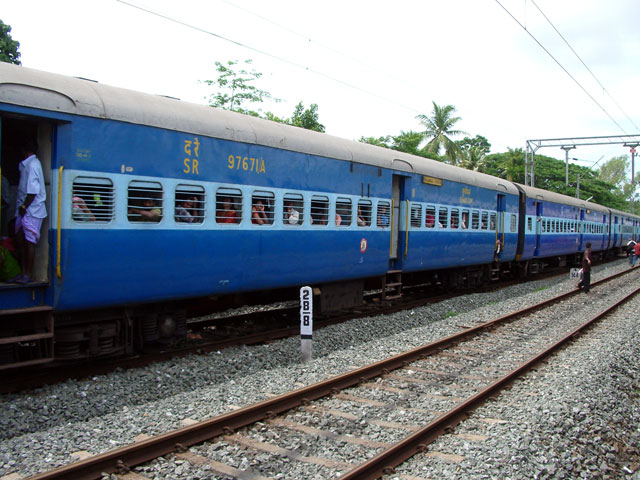 The festival season brings happiness, joy and fun everywhere, but also brings along the unavoidable rush while traveling, whether it is in airplanes, buses or the trains.

Keeping this festival and tourism season rush in mind IRCTC time to time increases the frequency of trains as well as introducing new trains. One of those special trains is recently scheduled by North Western Railways i.e Superfast Holiday Special train for Jaipur Udaipur- Jaipur which will run daily till December31, 2012

The first annual convention of the Indian Heritage Hotels’ Association (IHHA) will be held in Sawai Madhopur on September 22. It will be dove-tailed with the 11th annual general meeting.

The theme of the convention is ‘the role of rural and natural heritage in tourism development.  A film on tigers will also be screened on the evening of September 21 as part of Save the Tiger campaign.

Think about Rajasthan and what comes to your mind at first, stark desert settings, exquisite palaces belonging to the erstwhile Maharajas, riot of colors in the ghagra cholis and gay with turbans wore by the local population. Hailed as the pink city, Jaipur in India is stepped in the rich history of the royalty of Rajasthan. 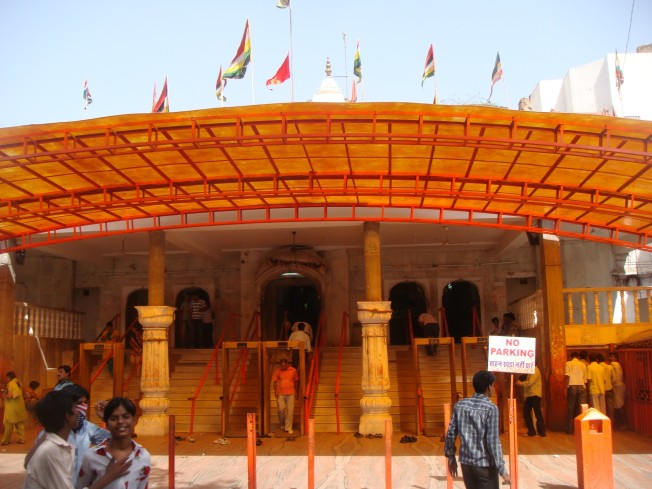 The temple of Moti Dungri Hill is dedicated to Lord Ganesh. This ancient Ganesh temple served a tourist attraction for the scenic view. Moti Dungri hill temple is significant from the religious point of view too. Often, many people from far away distance as well as the local people come to this sacred temple to pay their homage to Lord Ganesh.

If you are lucky to be in Jaipur for the following two days, then don’t miss to attend the Ganesh Chaturthi festival at Moti Dungri temple.

The mesmerizing Ganesh Temple is all set to welcome the festival tomorrow i.e. September19th. The Ganesh Chaturthi utsav will start off early morning with the rituals of holy shower to the idol followed by shringaar and aarti in the presence of more than thousand devotees. 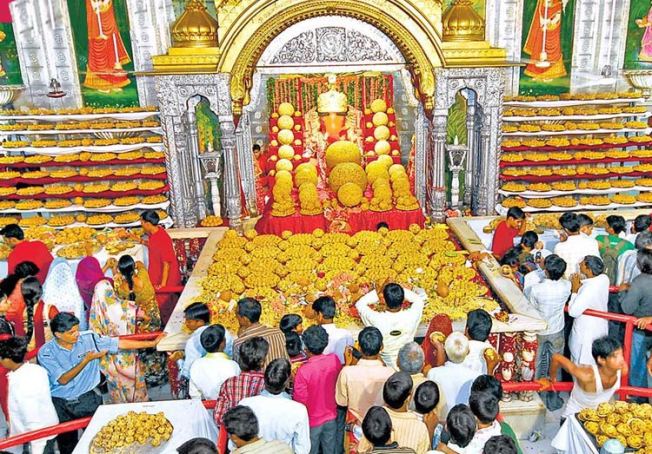 Indian sweets Laddus (modak) would be offered to Lord Ganesh, because Ganpati is very fond of Laddus. Special Aartis and other devotional events will be organized by the popular groups and devotees.