Fancy joining an exclusive party at a 16th-century fort in India? There’ll be magic shows, snake-charmers and dancers, fireworks off the roof of the fort and an Indian banquet. This New Year, some of the best hotels in Rajasthan once again offer you the best New Year’s Eve.

Following the grand Christmas bash few days ago, the magnificent hotels of Rajasthan yet again presents you a relishing splendor and incandescence to welcome the New Year 2013. Rajasthan- The royal state of rich heritage and fabulous culture is best place to live up the beauty of heritage with the shimmers of magnificence and modernity. A quality service is what the hotels of Rajasthan keeps priority for, keeping in mind, soothing rates to your pockets.

The New Year party at the magnificent hotels in Rajasthan includes gala dinner, beverages, DJ night and live performances. You can also have a look over the pictures and customer reviews @

Bookings for the New Year Eve have already, if you plan to bring back some lovely memorable moments from Rajasthan, you are cordially invited for a visit.

Lohri is a festival celebrated in the month of January every year. This year, scheduled to be celebrated on 12th January, at many homes and public gatherings, it is one of the great Indian festivals. People in huge groups gather in a large open field around the Bonfire. The newly-wed couples walk around the Bonfire and lay down Revadi, Peanuts and popcorn. 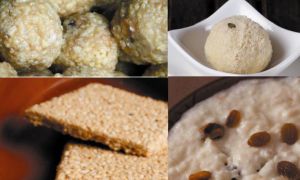 To fire up the Lohri eve people dance on the tunes of Bhangra Music with all the musical instruments like Dhol & Manjeera. Many traditional sweets are served like kheer gajak and revadi on this auspicious occasion.

Pink City Jaipur is one vertex of golden triangle of Indian tourism. Approximately 70 percent foreign tourists visit Jaipur out of total foreign tourists travel India in a year. It is interesting to find that what the tourists like most during their Jaipur travel. Do they like heritage or arts and crafts or the jewellery or something else?

There are interesting answers and feedbacks of foreign tourists which emphasize to change the itineraries of travel agencies and tourism companies while they plan the package of Jaipur trip for the tourists. Here are certain itineraries which should also be included in Jaipur tour along with sightseeing of Jaipur forts and monuments.

Tourists love to walk in the streets of the old four wall city in early morning when the traffic is not on peak. “I got an opportunity to walk in the streets of Jaipur in early morning around 07:00 am during my Jaipur travel. I was wondered to see the actual heritage and architecture of Jaipur spread all around the city in each and every street. There are many old buildings, temples and ruins which are awesome. It was equally amazing for me as to experience the heritage of forts and monuments of Jaipur which was tightly scheduled by our travel agency”, Maricela Mari Hernandez fromTexassaid.

Jaipur Temples also attract tourists. After all, Jaipur is also known as Choti Kashi because there are approximately 3500 temples in Jaipur according to the chief priest of Mandir Ghat ke Balaji, Jaipur. “I never saw these many temples together in one city in my whole life. I am surprised to see that you can find a temple at every little distance in Jaipur. What’s even more amazing to me is many of the temples are more than hundred years old. Its fascinate me that the many temples have been built in the middle of the road”, Giuseppe Malfattore fromItalysaid.

Culture and Lifestyle of Jaipur

Culture and lifestyle of Jaipur is the next itinerary which attracts foreign tourists a lot. “I am highly impressed to see that the people of Jaipur are very caring for their family, especially for the old age parents and grand parents. Though, Jaipurites are adopting western lifestyle rapidly but few of the traditions still alive in the lifestyle of Jaipurites which enthralls me. Touching the feet of every elderly person and very helping for guests touched my heart deeply. When you move on the road, though many times people gaze you as perhaps they gaze creatures of different species in a Zoo, but if you want any help, they immediately become ready to talk to you and help you upto the extremes”, said Liceria Avilo came to visit Jaipur from Switzerland.

Fairs and Festivals of Jaipur 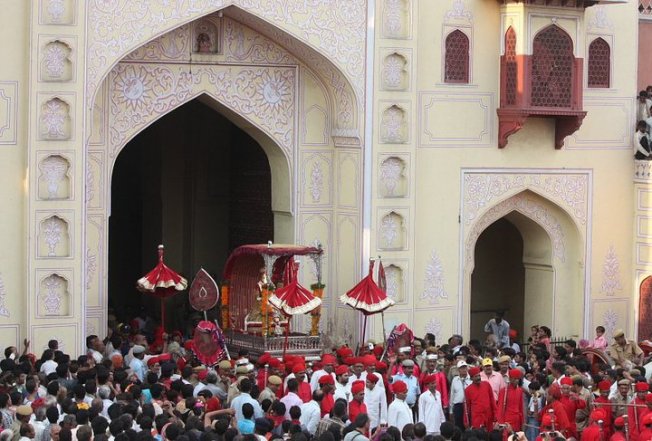 Many tourists gave their maximum votes to the fairs and festivals of Jaipur. Long processions, Shobha Yatra and grand celebration of each festival in Jaipur fascinate the tourists.

You can find the details of upcoming Jaipur events, photos, and details of past events at https://rajasthantourismbuzz.wordpress.com

The tenth edition of Jaipur Jewellery Show 2012 (JJS), got off to a rousing start on Saturday December 22, 2012 at Rajmahal Palace lawns. The show, which had a humble beginning in 2003 with just 67 stalls, is growing strength to strength with 464 booths this year, with another 72 booths in waiting list.

The show was inaugurated by Sean Gilbertson, executive director of Gemfields, the world’s foremost gemstone producer.

Just as each year JJS focuses on promoting a particular gemstone, this year, the focus is on promoting the king of all precious stones, the diamond. 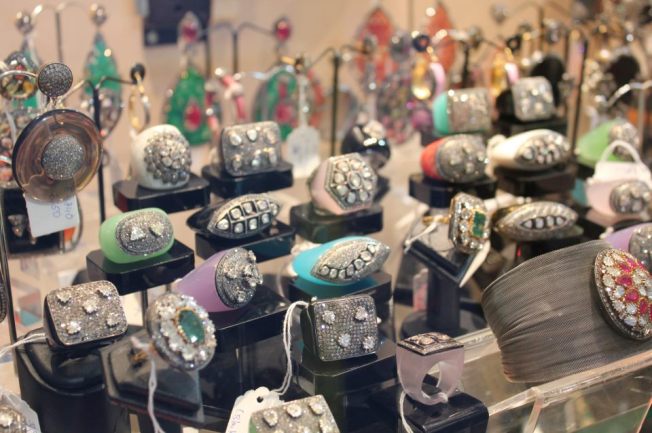 Seminar on the topic “Where did my margins go, And How Do I Get Them Back?” was held and the brand ambassador of JJS 2012 and former Femina Miss India Universe , Simran Kaur Mundi also visited the stalls of the show.

Princes Diya Kumari along with the Board of Members of Jaipur Jewellery Show Association unveiled the JJS Calender and felicitated Dr. Nawal Agarwal of Birdhichand Ghanshyamdas Jewellers with the recognition certificate and momento at City Palace, Jaipur. 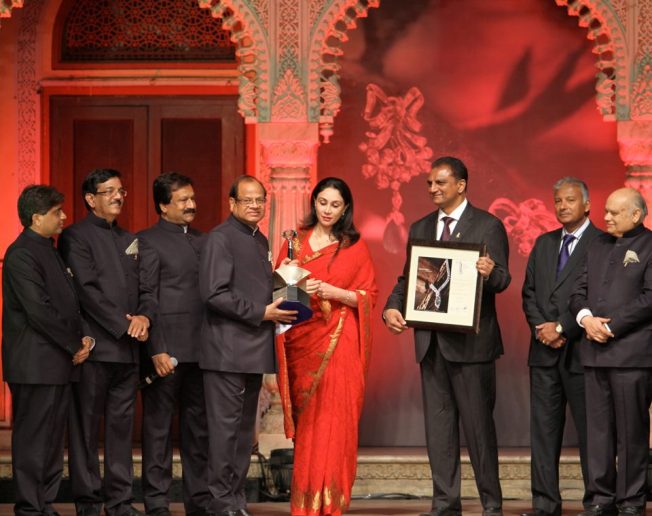 The felicitation ceremony was followed by a glamorous evening that hosted the fashion show. Have a look at the photos from the Fashion show held on Sunday at the City Palace- Jaipur 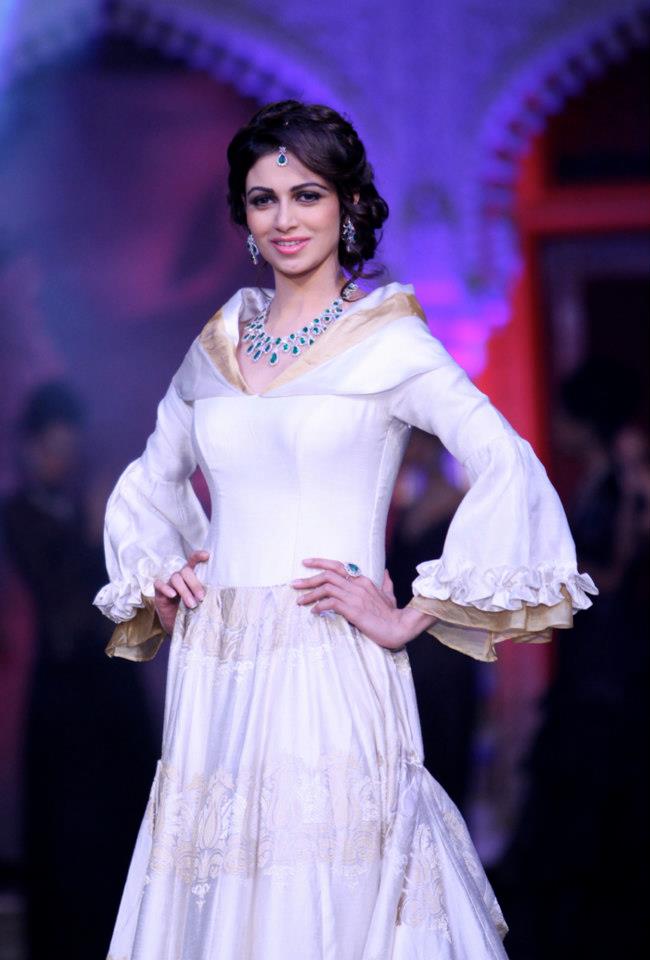 The show, with diamond as its theme, showcased a wide display of kundan and polki sets, emerald trails from chokers, rubalites-edged kundan necklaces and diamond necklaces with e emerald, rubies, sapphire and amazing pearl-based jewelleries.  Various jewellery designer houses were awarded by the Jewellers Choice Award for their unique and spectacular designs in different categories. 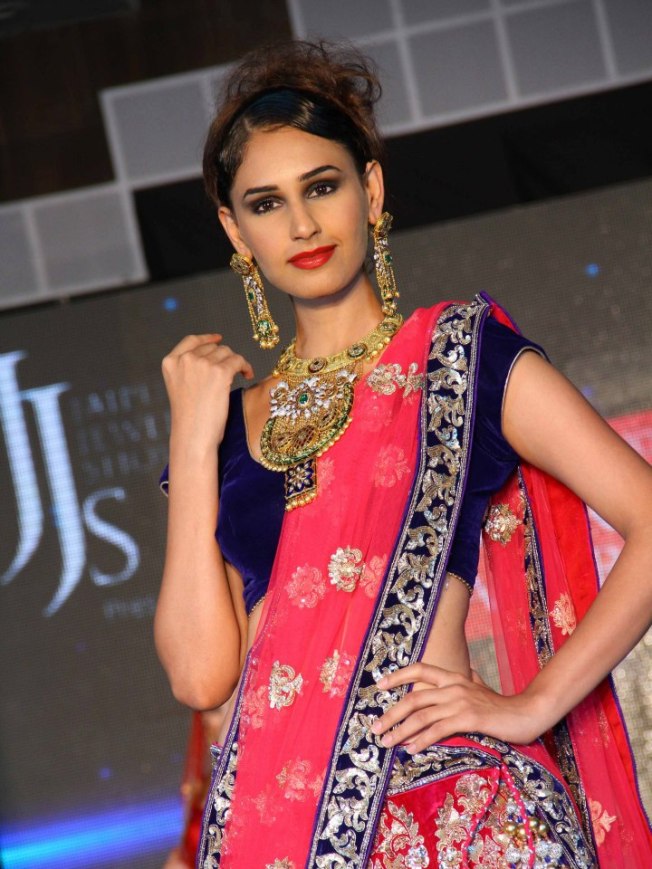 Glitz and glamour marked the grand finale of the tenth edition of Jaipur Jewellery Show (JJS) at Rajmahal Lawns on Christmas evening. On the last day of the four-day extravaganza, a large number of visitors made a beeline to the show which included a large number of inland and foreign tourists as well. The total footfall crossed 30,000 who turned up to see the glittering panorama of unbelievable creations.

Meanwhile, Jewels Emporium with their artistic wooden carved double-decker booth was adjudged the best booth followed by the booth of Birdhichand Ghanshyamdas. 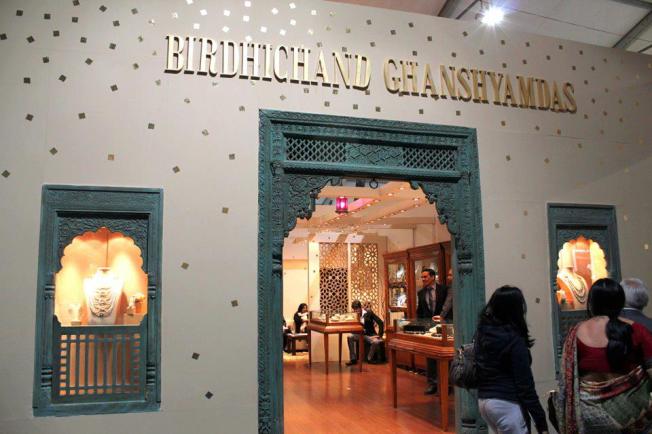 The show was a grand mix of traditional as well as modern jewellery. We are meeting soon for JJS,13. Till then we would be in touch with all the followers for updates and information’s. See you again next year from 20th to 23rd December, 2013 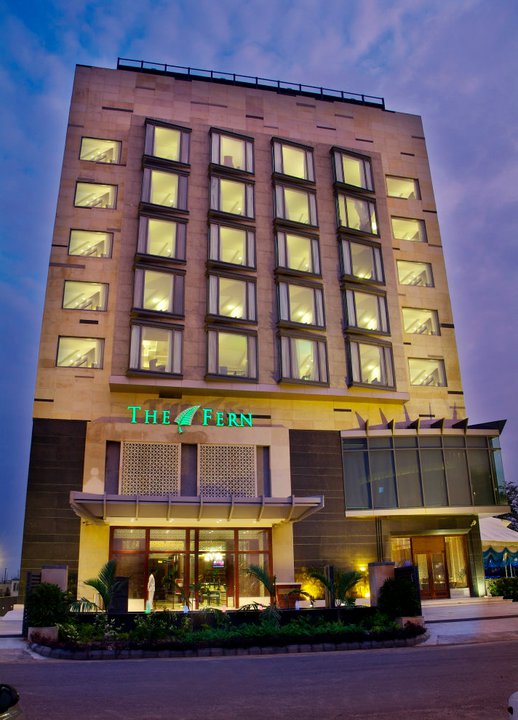 New year time is the best time of the year. Give a good start to your life this new year with special new year packages at The Fern Hotel, Jaipur

Bring in 2013 with NEW YEAR BASH at the Fern Gala Dinner including unlimited beverages and Snacks on New Year’s eve.

This is not all, you can also upgrade to Fern Club by just paying Rs. 2000/- AI per Night and

Jaipur Ahh! Even the name itself is enough to fill your senses with delight. Extolled for its wonderful palaces, historical significance and wealthy culture, this royal and lively city of Rajasthan is nothing short of a paradise for tourists.

Essentially, Jaipur is a hot place dominated by three main seasons. The summer season persists from Mid-March till June, Monsoons continues from July to September and Winters from October to March. During summers, the temperature rises to 45°C with the minimum of 25.8°C. With such high temperature, it is not preferable to visit the place during summers.

Being located in a desert area, the climate of Jaipur is dry and hot in summers. Monsoons are sometimes preferred by the travelers who wish to see the green Jaipur.Winter season is the best time to visit Jaipur. The spectacular deserts of Rajasthan nearby Jaipur reverberates folklore of Rajputana valor and audacious nature of the princes; it has rarely seen the rain, but during winter its sand dunes exude sweet smell of its diligent inhabitants’ sweat.  The temperature touches maximum to 22°C and gets down to the extent of 5°C.

In winters, one can enjoy the regal city of Jaipur to its full. The spectacular views offered by the ancient monuments of the city fascinate the visitors. The city looks awesome in the winter evenings when it gets covered with fog. Jaipur offers rich food with lots of butter and ghee, which is best enjoyable in the winter season. To put succinctly, the best time to visit the incredible Jaipur is between the months of October to March.

To explore the city during this or upcoming winters, just plan your vacations to Jaipur and rediscover the Royal city. For special tours to Rajasthan kindly contact Rajasthan Tourism Buzz….

Women Car Rally is meant for those Ladies who dare to take part in Rallies but so far not able to do it by some reasons. This is based on TSD format Viz Time, Speed and Distance. Rally is more towards adhering road rules and regulation and than winning it.

Started with 28 brave ladies in 2007, The Women Car Rally has set up Indian Record of India’s Longest Women Car rally that year itself. Since then this event is growing by leaps and bounds – In fact now the event get participants from Bhopal, Ahmadabad, Hyderabad and Chennai. Last year in 2011 there were 96 participants.

It remains most of the time on main roads with 5% off roader. However lots of interesting formats are added subsequently e.g. reverse driving (breaking another myth that ladies cannot back the vehicle).

Rally takes the participants to Rural India – they interact with Local artisans like potters, blacksmiths to have real interaction and some fun time.