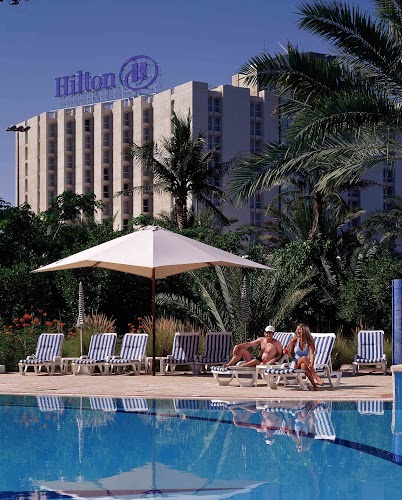 The up scale brand Hilton Worldwide Portfolio is coming up in Jaipur with Hilton Garden Jaipur near Amer Fort. The hotel is scheduled to open for guests in the year 2015.

Hilton Garden Inn Jaipur/Amer Fort will be located five kilometers from the famous Amer Fort and within a 20-minute drive of other popular historical and tourist attractions like the Jal Mahal Palaces, Albert Museum and Jantar Mantar.

This is the third Hilton Garden Inn hotels in India after one at Saket and Gurgaon, New Delhi NCR were opened earlier. 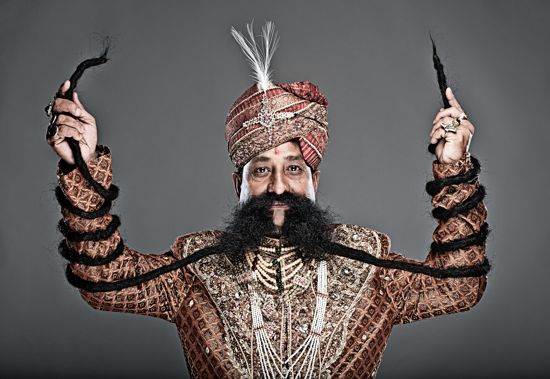 Rajasthan is a rich blend of colours, cultures, festivals, celebrations and traditions. For some it is the festivals that attract them towards the state while others visit the state for its royal grandeur. There are certain other elements that distinguishes or we can say highlights Rajasthan on global arena – its unusually incredible and unique places, people and ceremonies.

Today we’ll introduce to you an incredible man who offers great pride to his moustache. Oh no, not the usual moustache…….. 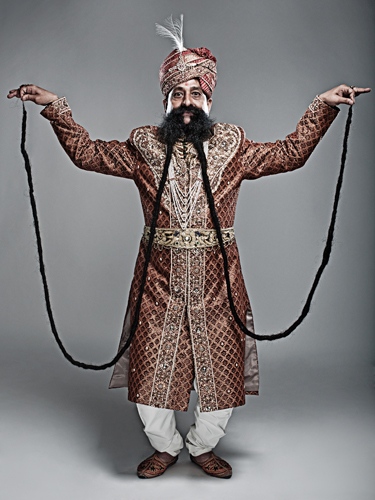 Chauhan, who hails from the city of Jaipur in Rajasthan state, says his whiskers are his ‘most prized possession’. He has spent an incredible 32 years cultivating the tash – which he spends two hours a day grooming.

Chauhan, whose facial fur has even landed him a part in the James Bond movie ‘Octopussy’, said: ‘Growing a moustache is like taking care of a baby – you really need to nurture it. ‘It has taken me a long, long time to get it to 14 feet. It’s not been an easy task.’ Chauhan started growing his moustache during his late teens. ‘I haven’t used a shaving blade on my moustache, or trimmed them since 1970,’ he said. ‘The moustache is the symbol of pride and respect.

In ancient India, a moustache meant everything. ‘It is priceless. It’s a man thing.’ Chauhan, whose feat has been recognized by the Guinness Book of World Records, is still cultivating his tash. Despite a number of contenders to his title, no others have come close to the mark. He said: ‘When I first started to grow my moustache, I did not intend to break any record. His long hair has turned him into an international celebrity with people jostling to be photographed with him, wherever he goes. 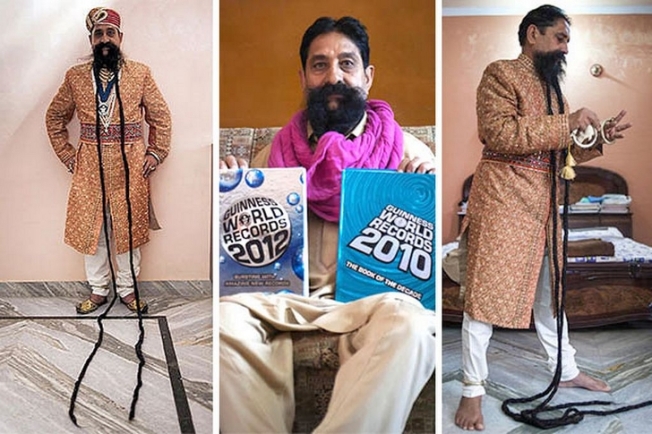 These are currently the longest moustache in the world we will see if someone will try to beat the world record.

Polo ! The very name conjures vision of aristocracy and excellence, of style and rare athletic prowess. Polo is a game that signifies power, adventure, beauty, elegance, graceful team work, class and above all – Tradition. Among the world’s most ancient sports, Polo is not less than a religion in Rajasthan. For a game, that is as “Exclusive as Elusive” Jaipur is a natural home of polo, in Rajasthan, but Jodhpur still leads the way and is considered to be a perfect destination for Polo. The Jodhpur Polo Season will be held from 1st December 2013 till 31st December 2013.

Mark the following dates and join in the festivities in Jodhpur!

Jodhpur Polo Club had successful Polo Seasons since 1998 at Jodhpur and wish to take Jodhpur Polo to higher level and making it a prominent International Polo Centre in India.  At the JPEI they have one of the best green Polo Ground in India. Over past few years Jodhpur has developed into a leading tourist destination, a centre for heritage and culture, which gives tourists an authentic local experience.

Experience the thrills and excitement of Royal Game in Jodhpur!!

Yawning at the thought of another music festival? Sit up. Set to take place at Alsisar Mahal Shekhawati, the 17th century Rajasthan palace four hours from Jaipur promises a stupendous Music Festival hosted by Magnetic Fields with a cool cocktail of Gypsy Jazz, Cabaret Folk, Dubstep Electronica and Alternative Rock.

Add to that, the Alsisar  Mahal will be transformed into a carnival with secret spaces, costume balls, airships, morning yoga, cloud bars, floating stages and the chance to meet folk artists and sample local fare. 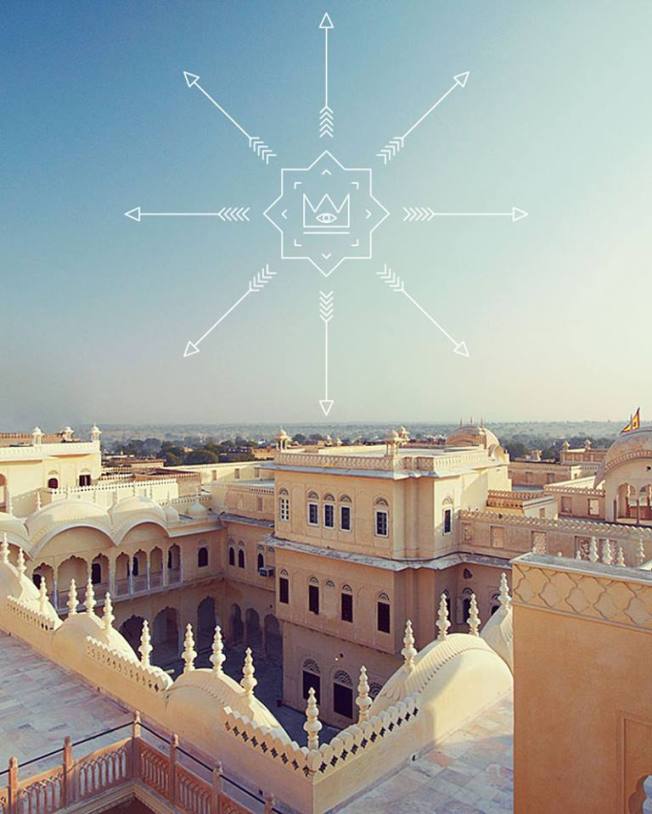 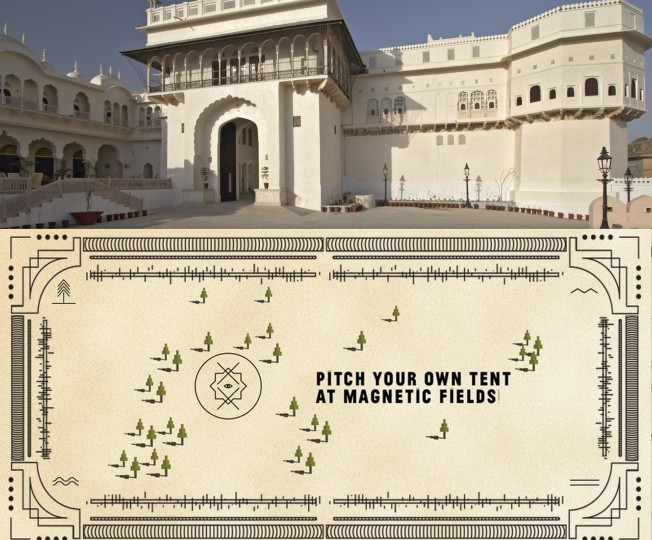 You can book a luxurious maharaja style room at alsisar mahal or book a tent near the Mahal or you can also pitch your own tent.  You will be right in the Bedouin Camp and you’ll get hot showers, safety lockers and bonfires all night long.

Get the tickets  soon because these are limited in number and are sure to sell out fast!

Tickets are now available at  http://in.bookmyshow.com/concerts/magnetic-fields-festival-tickets/ and Alsisar Hotels Rajasthan. 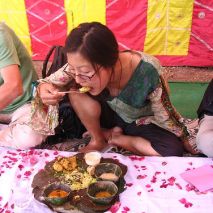 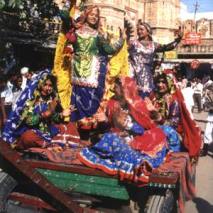 Gracefully held every year in Bundi, a picturesque location in the Hadoti district of Rajasthan, Bundi Utsav is not only the festival of Rajasthan but also an important festival of India. Numbers of traditional and religious customs are associated with it. Bundi Utsav 2013 will take place on November 20 -21, 2013

“Keshorai Patan” a small township near Bundi sometimes referred as “Mini Pushkar” especially during the Bundi festival on the full moon night of kartik, turns into a favorite spot for the tourists attending Bundi festival.

The prismatic festival will also take you through the journey around Rajasthan “Land of Kingdoms” to experience the diversity of Rajasthan exploring the people, customs, culture, costumes, music, cuisines and physiographic diversities!!!

The famed capital of the Indian state of Rajasthan- Jaipur will host an Indo-Russian coloured gemstones buyer seller meet.

The meet, which will be held on December 8-11, 2013 at the city’s Hotel Lalit, aims to creating business opportunities for Indian Manufacturers and Russian traders and to explore the possibilities of trade in the gemstones category. The first India-Russia BSM will also provide a unique opportunity for manufacturers and traders to network as well as book orders for the coming year.

The meet in Jaipur will feature more than 15 select coloured gemstones and jewellery manufacturers from India and Russia.

Leading Indian exporters and manufacturers from Jaipur will participate in the coloured gems meet, which is also aimed at bringing in importers, large retail chains and wholesalers from Russia, to boost trade opportunities and establish networks within Russia.

Gems and Jewellery connoisseurs would definitely love to visit the Indio-Russian Jewellery Meet. 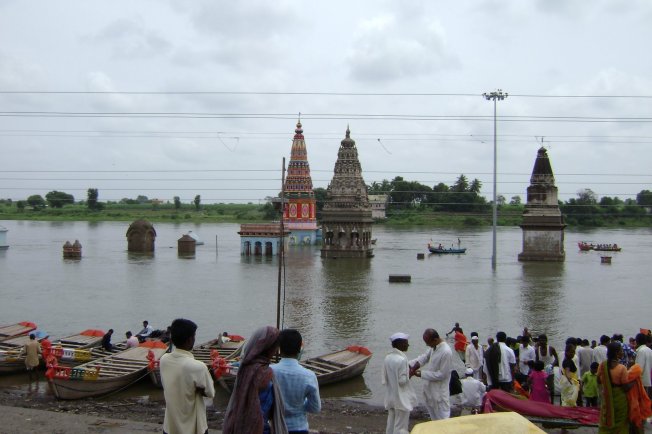 The Chandrabhaga fair is one of the most popular festivals celebrated at Jhalrapatan in Jhalawar district of Rajasthan, India to be celebrated this year from November 16 to 18, 2013. This festival is celebrated in the honor of the sun God.  Devotees from various parts of India congregate here offer prayers to the Sun take a dip into the holy waters which nourishes this region. It is considered a holy place by the people residing in this region, which is known as Chandravati.

Every year in this Chandrabhaga Fair a huge cattle fair is organized where farm animals like horses, cows, camels and bullocks are bought here from the distant parts for sale. This fair gives good opportunity to the tourists to know more about the traditions and rituals of this region.

The indomitable forts, magnificent palaces, charming wildlife, traditional fairs and festivals and peaceful lakes are some of the things that build up the attraction of this place. Chandrabhaga Fair, Jhalawar is one such splendid sight that truly deserves the attention of the tourists. This fair acquaints all travelers, pilgrims and explorers alike, with the rituals and traditions practiced in this region of the nation.