Rajasthan tourism department is increasingly using technology and social media to promote tourism in the state. The efforts paid off as Rajasthan bagged three awards in the National Tourism Awards 2016-2017 on Thursday.

The awards were given in various segments including Travel, Tourism and Hospitality.

Andhra Pradesh got the first prize in the state category of comprehensive development of tourism. Kerala bagged the second prize while Rajasthan and Goa jointly shared the third prize.

The awardees were chosen on the basis of several parameters including tourist footfall, initiative of the state government and policies taken to make the state tourist friendly.

Rajasthan is the land of magnificence and striking architecture. Its forts, palaces, museums, and monuments have earned global accolades to the land of Maharajas.

Recently, the museums of Rajasthan were judged on different parameters and we are happy to share that 2 of these museums have made it to the list of top 10 for the Indian winners of Tripadvisors Travellers’ Choice awards for Museums.

According to Tripadvisor, a travel website, the award winners were determined using an algorithm that took into account the quantity and quality of reviews and ratings for museums worldwide, gathered over a 12-month period.

The City Palace of Jaipur has secured 2nd position and the museum in Bagore Ki Haveli won the 3rd position.

Built during the years of 1729 to 1732 by Maharaja Sawai Jai Singh, the City Palace is one of the most famous tourist attractions in the pink city, while Bagore Ki Haveli is a huge mansion that has 138 rooms with a museum and cultural center showcasing the old traditional Rajasthan culture and folk dances.

Rajasthan’s capital city Jaipur has secured the third position in the list of world’s top 10 smart renewable cities (SRCs), along with United States’ city of San Diego on the top.

Smart renewable is one that is defined with the use of solar or wind power and a plan of the smart city that includes a renewable energy component within its planning.

According to the reports, the Pink City is a nationally-driven Smart Renewable City. The National governing body of India had created a 100 Smart Cities Mission that included a solar energy requirement. Jaipur does not have a renewable target but will benefit from ambitious state and national targets set this year, the city could achieve this prestigious title.

For the records and information, with a population of around three million, Jaipur has a 20% wind and solar share of the electricity generated annually.
Interesting isn’t it? 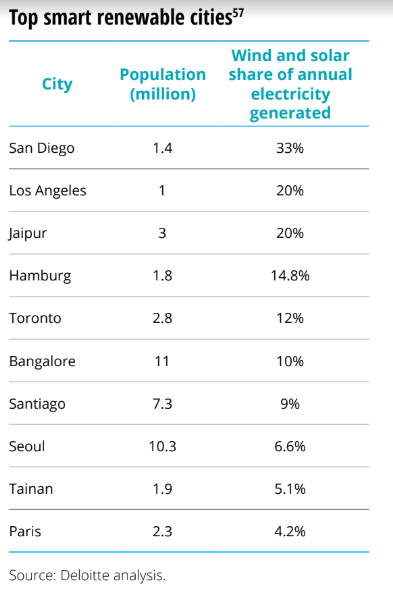 The Sculpture Park at Nahargarh Fort

After its marvelous facelift in 2016, the Jawahar Kala Kendra (JKK) has become the favorite of contemporary artists in the city. It has lined up exciting programmes on its calendar for the same.

The autonomous set-up of Jawahar Kala Kendra now exhibits fascinating art shows for the connoisseurs of the city. The institution has set the bar high with monumental retrospectives of senior artists like Himmat Shah, titled The Euphoria Of Being (December 2017), which included works from the collection of Kiran Nadar Museum of Art (KNMA) in Jaipur. “His works reference Rajasthan, his lineage.

Another promising set- up for contemporary art exhibition is the Gyan Museum in Jaipur.  It is a private initiative launched in 2016. The late collector and gemologist Gyan Chand began his journey of collecting antiquities with two silver hookah mouthpieces, gifted by his father when he was 16. The museum now treasures more than 2,500 objects. In a striking building, which was designed by French designer Paul Mathieu, the collection is on display with an aim to inspire dialogue.

The Sculpture Park of Nahargarh Fort in Jaipur is something new, which cannot be missed.  The joy of watching the contrast of contemporary sculptures in a 400-year-old fort is purely an experience worth cherishing.