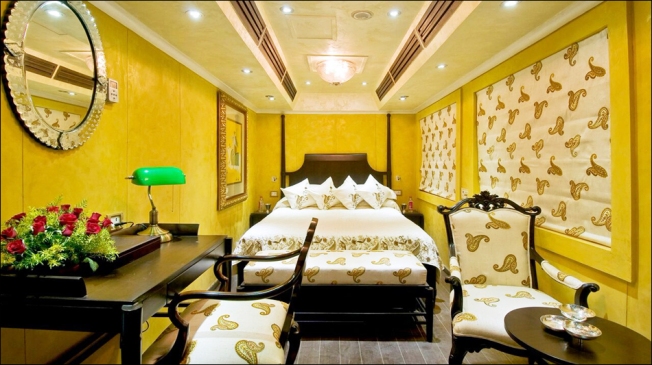 The comfort and more than that joy of travelling royal class in Indian Railways is soon to go several notches up. The Railway’s committee board recently discussed and finalized a proposal that talks of newer, faster connectivity, luxury travel at cheaper rates.

The committee chaired by Sudip Bandyopadhyay, mooted on a 50% waiver in exotic and luxury travelling on the Indian Railways.

The board majorly discussed:

High-speed Travelling: According to officials of the board, the Railways may announce a proposal to build high-speed rail corridors that could connect major cities of India. Discounts on Luxury Travelling: The board found that even though Luxury travelling was a unique concept, it did not translate into revenues. For instance, revenues of the Palace on Wheels and Royal Rajasthan were down by 24% and 63% respectively in one year. 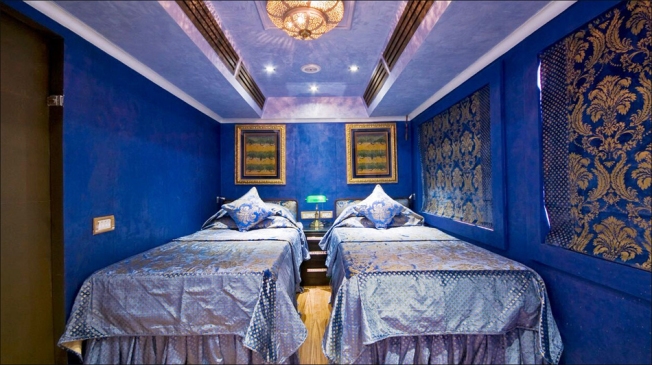 Apart from promoting tourism, the coaches on the  luxury trains are replete with state of the art facilities. The Palace on Wheels is a marvelous epitome of royal lifestyle that promotes Rajasthan Tourism. The refurbished coaches in the luxury trains used to be the personal railway coaches of erstwhile royal family of Rajputana, Gujarat and the Nizam of Hyderabad. These coaches in various luxury trains have been decked up with a new style and cuisine. The trains boast four cabins, restaurants, bar and saloons. Each cabin has twin beds, wall-to-wall carpeting, air-conditioning, DTH satellite television, channel music, intercom, attached toilets, running hot and cold water, and personal attendants.

The railway tourism is also planning to reduce the fares of luxury train by 50%. An official announcement from their side is expected to come on April, 02, 2018.

Maharaja’s Express is an awarded and much-loved Indian luxury train which who wouldn’t love to board at least once in life! So if you too are fancying a royal sojourn on this luxury train but concerned about the tariff and out of budget journey packages then here’s a good news for you! Maharajas’ Express Christmas and New Year’s Departure brings to you two amazing offers on these journeys !

One of the most popular luxury trains in India, Maharajas’ Express has lined-up four special departures during Christmas and New Year’s Eve. Get all geared up to make your celebrations even better and lavish on-board this ‘luxury on wheels’.  Following are the departures:

Another highlight of Maharajas’ Express Christmas and New Year’s Departure is two amazing offers on these journeys. The offers are valid till the date of departure of the journeys and is subject to availability of cabins.

The first offer on the above departures states that on booking a cabin on twin sharing basis the first adult pays the full cost but the second sharing the cabin will avail 50% discount on the adult cost. This offer is applicable for all nationalities. In clear terms, if you and your partner are going, you pay for one and your companion pays 50 percent only

The second offers states that on booking a Deluxe Room, the guest gets a chance to upgrade his room from Deluxe Cabin to Junior Suite, by just paying only 50% of the difference in Tariff between these two. This offer is valid till 30thNovember 2016. This offer too is applicable for all nationalities.

All the journeys of Maharaja Express are very meticulously-planned and offer a visit to some of India’s best destinations. The itineraries include sightseeing, special meals, shopping and other memorable experiences. The décor of the train is gorgeous and the hospitality is impeccable. The luxury train has 43 guest cabins along with two multi-cuisine restaurants – Rang Mahal and Mayur Mahal. The train also features a souvenir coach and a lounge. Have a memorable journey, amid modern world-class comforts.

For more information, you may visit http://www.maharajas-express-india.com 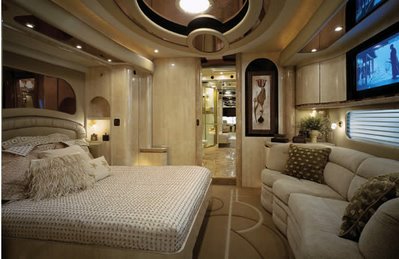 The popular luxury trains of Rajasthan – Palace on Wheels and Royal Rajasthan on Wheels are soon going to get a major makeover.  Being sensitive towards the expectations of the travelers, the Indian Railways and RTDC have decided to refurbish the trains with new heritage look adorned by the finest trappings one can expect from a luxe train.

All the facilities  in the trains are being modernized including water purifiers in washrooms aside from superior communication and entertainment devices. Even the dining cart, the bar and lounge will be given a new look. The spa and health club will also get major upgrades.

As for the RROW makeover, the wooden floors would be covered with exquisite carpets to minimize noise. Further, new doors will replace existing ones. Besides, the train speed will also be increased so that guests spend less time on wheels and enjoy more time at the destinations. However, the itinerary and tariffs for the trains will remain same in 2013-14. 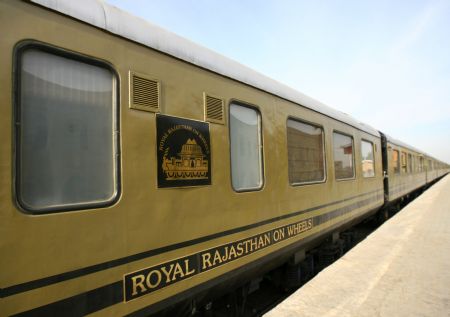 The all refurbished tour itinerary of Royal Rajasthan on Wheels is ready to take the globetrotters to a majestic tour to Rajasthan this upcoming season. This Indian luxury train was launched by the Rajasthan Tourism Development Corporation along with Indian Railways to take the tourism sector of the state to a new height.

This luxury Indian train will embark on its new season’s move on 7th October, 2012. Along with Royal Rajasthan on Wheels tariff and departure schedules, the train authorities have also announced the train itinerary which will cover beautiful destinations in Rajasthan along with halts in Varanasi, Khajuraho and Agra before concluding the tour itinerary in Delhi.

To offer a complete journey experience to the world voyagers, the destinations are precisely chosen from the vast terrain of the country. From the historical monuments to sacred temples, and from thrilling wild lands to the sempiternal world of sand dunes, every shade of India is well presented by this refurbished Royal Rajasthan on Wheels itinerary.

In its 7 nights and 8 days of royal train ride, RROW will cover diverse destinations like Delhi, Jodhpur, Udaipur, Chittorgarh, Sawai Madhopur, Jaipur, Khajuraho, Varanasi and Agra. Presenting all the hues ofIndia into the royal platter, this luxury Indian rail makes the guests relish every aspect of their tour to the fullest extent.

Royal Rajasthan on Wheels price will start from USD 590 for a single person per night. Unlocking the casket of surprises and mysteries, this royal Indian train is ready to take the guests to a cultural venture crisscrossing the bewitching terrain of India. 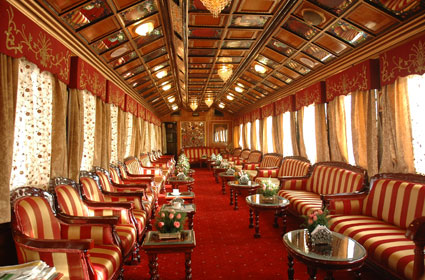 The allure of Palace on Wheels train has reached the corridors of Bollywood. World’s 4th best luxury tourist train Palace on Wheels has caught the eye of Bollywood actor Aamir Khan who boarded the train in Udaipur to travel down to Jaisalmer last Saturday. The actor is traveling various royal destinations in Rajasthan to hunt for some scenic location for his new ad campaign. It’s no wonder that the most revered and unique rail journey in India has now grabbed the attention of none other than Aamir Khan who is considered by one and all as Mr. Perfectionist.

The brain child of Rajasthan Tourism and Development Corporation and the Indian Railways, Palace on Wheels was designed to promote tourism in Rajasthan. The luxury train journey which lasts for 168 hours begins and concludes at Safdargunj Railway Station, New Delhi. The 8 days and 7 nights journey on board Palace on Wheels takes guests on a luxurious expedition across various royal destinations in Rajasthan along with a halt at Agra. The destinations in Rajasthan covered by Palace on Wheels include Jaipur, Sawai Madhopur, Chittorgarh, Udaipur, Jaisalmer, Jodhpur and Bharatpur and offer a dash of wildlife, forts and palaces, colorful markets and deserted landscapes.